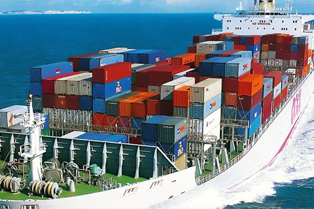 The Foreign Trade Zone is a unique ability granted to some U.S. facilities that allows duties & taxes to be deferred until the goods leave the facility. Supervised by U.S. Customs, items can be imported into the zone, and then stored,kitted,assembled or otherwise modified. Then when the goods leave the trade zone, that’s when duties are charged. These zones were set up by the Federal Government to “even the playing field” and offset advantages that some overseas suppliers have in the customs process. A Foreign Trade Zone (FTZ) is a secure area under the supervision of the Bureau of Customs and Border Protection (CBP). FTZs are considered to be outside of the Customs territory of the United States for the purposes of payment of duty. The authority for establishing zones is granted by the Foreign Trade Zone Board (FTZ Board), under the Foreign- Trade Zones Act of 1934, (FTZ Act) as amended (19 U.S.C. 81a-81u), and the FTZ Board’s regulations (15 C.F.R. 400).

As stated in the FTZ Act," the purpose of establishing FTZs is to expedite and encourage foreign commerce and other purposes". The FTZ Act is administered in the context of evolving U.S. economic and trade policy and economic factors relating to international competition. The

Secretary of Homeland Security assigns CBP personnel to FTZs to protect the revenue and provide for entry of foreign merchandise into the Customs territory from FTZs. FTZS are operated pursuant to public utility principles under the sponsorship of a corporation granted authority by the FTZ Board. Under FTZ procedures, foreign and domestic merchandise may be admitted into FTZs for operations such as storage, exhibition, manipulation, destruction, assembly, manufacture and processing, without being subject to formal CBP entry procedures and payment of duties, unless and until the foreign merchandise enters the Customs territory for domestic consumption. The importer ordinarily has a choice of paying duties either at the rate applicable to the foreign material in its admitted condition, or, if used in manufacturing or processing, at the rate applicable to the emerging product.

There are many benefits to participating in a US Foreign-Trade Zone (FTZ).  One, in particular, is the elimination of duty when goods within an FTZ are shipped out of the US.  Once the decision to export from your FTZ has been made, figuring out how to report it can be tricky.  Below you’ll find an explanation of the different types of export forms:

This applies to foreign merchandise imported under a duty deferral program that is manufactured or changed in condition and subsequently exported to Canada or Mexico.

FTZ exporters need to remember that in addition to CBP export regulations and FTZ operating procedures, they must also adhere to all Federal Government export laws and regulations that apply to the exporting of merchandise from the United States, including the submission of the export data to the Automated Export System (AES).

The Foreign-Trade Zones program plays an important role in providing a level playing field when investment and production decisions are made. While the U.S. government might incur a reduction in Customs duty revenue by the use of the Zones program, it more than makes up for it by the income tax it gains from the jobs created or retained. In addition, local governments benefit from sales and property taxes.

The Foreign-Trade Zones program has proven to be a successful trade program by consistently creating and retaining jobs and capital investment in the United States.

1. Why do companies use Foreign Trade Zones?

2. What are inverted tariffs?

3. Can import taxes be deferred if I will be re-exporting goods?

4. If I manufacture in the FTZ will I have to pay duty on waste, scrap or yield loss?

5. Are there cost benefits to using a FTZ?

1. There are many benefits the Foreign-Trade Zones program can offer manufacturers and processors located in the United States, the main reasons companies use FTZ are:

2. Inverted tariff situations occur when a component item or raw material carries a higher duty rate than the finished product. In these cases, the importer of the finished product pays a lower duty rate than a domestic manufacturer of the same product in the United States. This gives an importer an unfair and unintended advantage over the domestic manufacturer of the same item. The FTZ program removes this unintended penalty in these circumstances.

4. Outside a FTZ, importers pay the Customs duty owed as material is brought into the United States. If the manufacturer is performing its operations within a FTZ, the merchandise is not considered imported, and therefore no duty is owed until it leaves the zone for shipment into the United States. The benefits to a company that has scrap, waste, or yield loss from an imported component is that it does not pay duty on raw material lost during manufacturing processes inside the FTZ.

EXAMPLE: A chemical plant manufacturing muchcleanol, which carries a 15% duty rate, uses the raw material dirtremoverol, which also carries a 15% duty rate, for one of its raw materials. Part of the production process consists of bringing the imported dirtremoveral to extreme temperatures; during this process 30% of the dirtremoverol is lost as heat. If a company not in the Zones program imports $10,000,000 of dirtremoverol per year, it will pay $1,500,000 in duty as the material enters the United States.

Initially it may look like the FTZ program favors importers, but we must remember that overseas competitors making the same product already have the benefit of not paying duty on the yield loss in the production of their muchcleanol.

5. The Trade and Development Act of 2000 allows the use of the Weekly Entry procedure for all manufacturing and distribution Foreign-Trade Zones.

Companies located outside Foreign-Trade Zones pay a .21% merchandise processing for each and every formal entry processed by U.S. Customs. There is a minimum $25 processing and a maximum $485 processing fee per Entry, regardless of the duty rate on the imported merchandise. The maximum processing fee is reached for Entries (shipments) with a value over $230,952. Companies often receive many shipments over this amount.

Weekly Entry would provide for one Entry per week. For example: the 10 ($230,952) shipments per week would be filed as a single shipment of $2,309,520 each week. The merchandise processing fee would amount to the maximum of $485 total for the week. If this fee is annualized utilizing Weekly Entry it is a total of only $25,220 yearly. In this example Weekly Entry provides a savings of $226,980 per year. A company’s savings could be significantly more or less depending on the number of shipments received during the year.

With so many articles and packages focused on large companies, it’s no wonder that small business owners believe that third party logistics partners aren’t a good choice. We aim to change that perception. It’s time you discovered 5 great reasons why logistics for small businesses is a great choice.
Read more...

You’ve found the perfect niche for your subscription box company and you’ve mastered the art of unboxing. But how do you make sure all your hard work pays off and that your items don’t get damaged during the shipping process? Keep reading for some helpful tips on maximizing your subscription box assembly procedures. Read more...